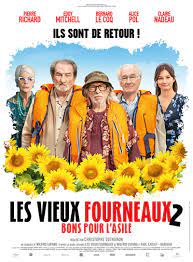 The heroes of the best selling comic book saga return for a new adventure. They grew older, they certainly didn’t get any wiser. Pierrot, providing a shelter to six refugees in Paris, suddenly has to find them a new safe house.  He chooses to move to the South of France where everyone will enjoy Antoine’s hospitality. Looking for calm and serenity, the refugees realise the village of Montcoeur isn’t ready for them yet. While Emile, also crashing at Antoine’s, tries to revive an old flame, Sophie decides it’s time to fight against stereotypes. When the old gang finds itself working for the mayor election campaign, everything goes wild…