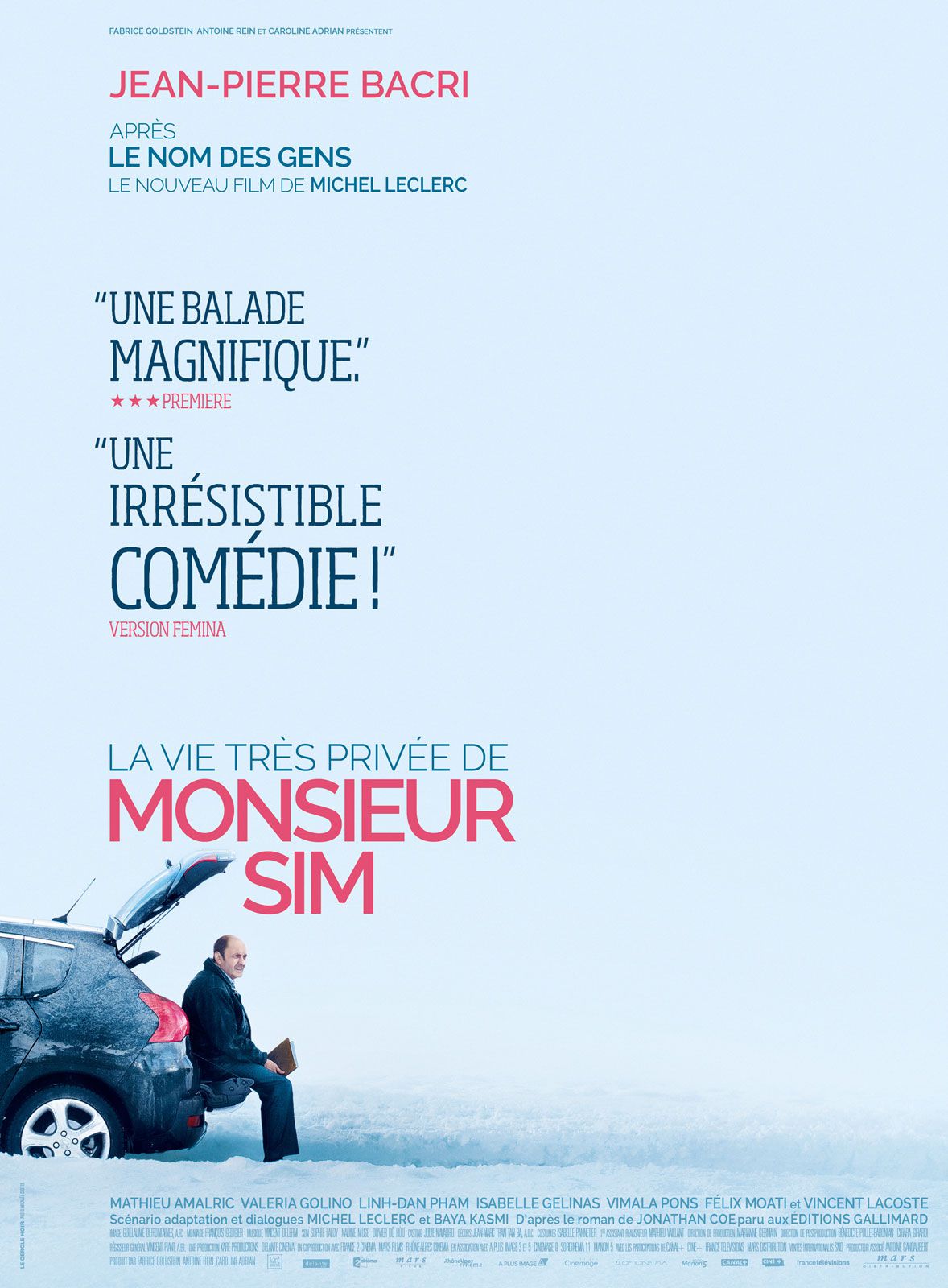 François Sim seems to have hit rock bottom. Estranged from his father, newly divorced, unable to communicate with his only daughter, he realizes that, while he may have seventy-four friends on Facebook, there is nobody in the world with whom he can actually share his problems. Then a business proposition comes his way – a sales job that will require him to drive to the South of France. Setting out with an open mind, good intentions and a friendly voice on his SatNav for company, François finds that this journey, soon takes a more serious turn, not only on the road but into his own past.