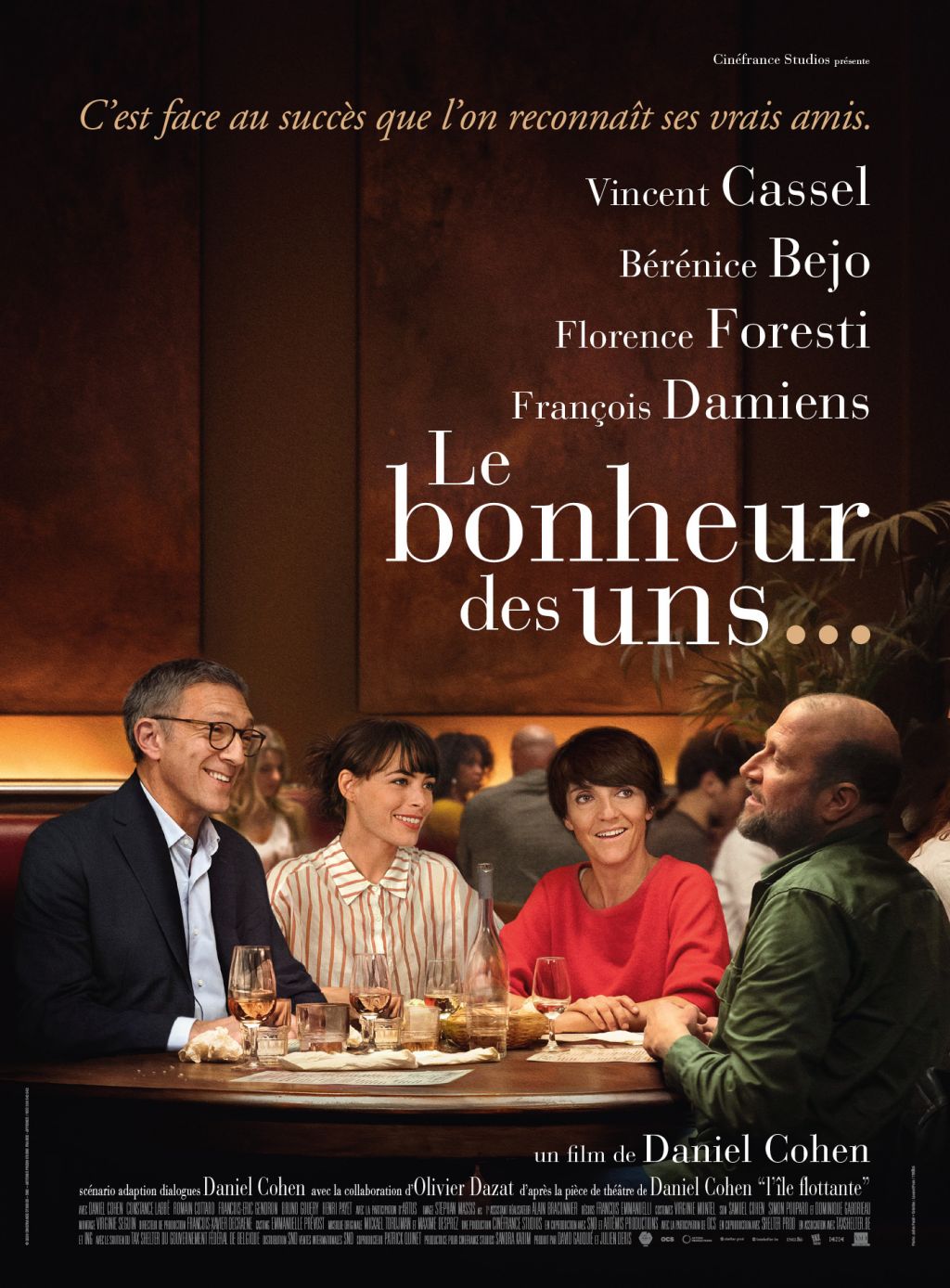 Lea and her husband Marc have known Francis and his wife Karine for a very long time. Over the years, each one of them has been assigned a specific role. The balance and dynamic of the group is blown up when Lea decides to write a novel, which turns into an immediate bestseller…

Just to be sure

Erwan, 45, finds out his father is not his biological father. His real father would be Joseph, a man her mother briefly knew. How unlucky that Erwan had just fallen in love for the beautiful Anna, who happens to be Joseph’s only daughter? Unable to confront Bastien who raised him or reveal his identity to Joseph and Anna, Erwan also has to deal with Juliette, his own daughter. Now several months pregnant she still doesn’t know who the father of her baby is. All of sudden Erwan’s life just got really complicated…

Everyone in Paula’s family is deaf but her. Not that it’s an issue. Her father is running for mayor with her mother’s active support and her 14-year-old brother is obsessed with her best friend! No, Paula’s real challenge is to keep up with her busy life : when not at school, she helps her family at the farm or at the market. And at school, Paula falls for Gabriel. When he joins the school choir, so does she. From the minute she starts singing, everyone is speechless. Paula has an amazing voice! Her music teacher decides to coach her. He has big plans. With intensive training, Paula will participate – and win – the most prestigious vocal contest in Paris. As she trains her voice, Paula’s passion for singing grows. But how can she follow a dream her family just can’t understand ?